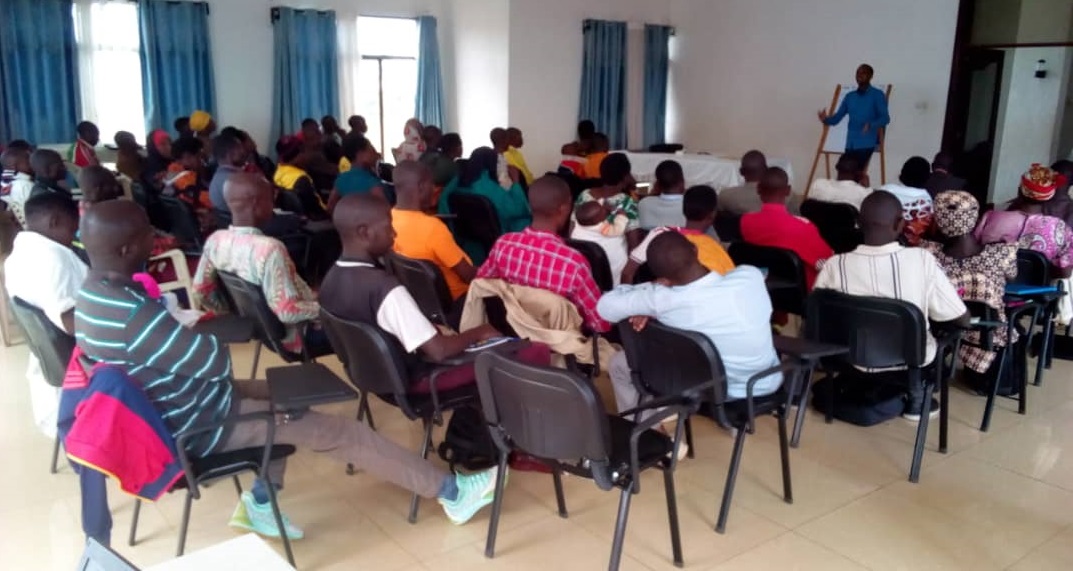 In the framework of implementing one of our programs named "Supporting and promoting the realization of rights, prevention and peaceful resolution of conflicts for the benefit of vulnerable populations", our community facilitators and leaders are set and trained to become actors of change through awareness sessions and conflict management if they happen to arise in their community.

These community links often act for a better social cohesion and an easier access to justice by the populations and communities of their localities and as our objectives, vision and mission are based on such an ideal, APDH can only support them in this field by building and strengthening their capacities and by training them for an improvement of their approaches so that peace and justice reign in our Burundian society.

The session that took place on November 23 this year is one of many with such an aim and is animated for the benefit of all community links (Abaremeshakiyago, imboneza) and chiefs of the main “collines” of the action zone throughout Ngozi province. This session will focus on the basic notions as written in one of the law books on civil procedures used by the current judiciary system in Burundi and after the session, supporting booklets prepared and published for this purpose are distributed to them for material and substantial support.

At the end of the session, trained community facilitators and leaders as well as the  local administration representatives will have understood the key notions and concepts as found in the Law book of especially on procedures, and will be able to actively contribute not only to the resolution of family and land conflicts but also to guide the parties whose mediation has not been successful, while having the basic notions of the provisions of the code. The knowledge acquired will also serve them to enlighten members of their local communities and their surroundings whenever they want to bring a case to court.